Writing Character: Getting into the mind of Bigfoot

My last three posts (Drafting Pt 1, Drafting Pt 2, and Drafting Pt 3)  were about how, once we had a script, my brother and I had to come to agreement on a version of the story that we both agreed on and connected with. “Connected with…” a generic sounding phrase. What exactly does it mean to connect with the script? 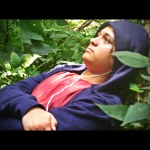 In this case, that connection occurred when we completely changed our primary characters around and added a new protagonist, the character of Danny. Danny was not some stereotype or one-dimensional caricature made simply to fit the mold of a storytelling paradigm. He was kid with a history, a back story  and a personality that came out on the page, and lent itself to reacting to the events of the story. He was someone we could not only identify with as the filmmakers, but to whom the other re-evaluated characters could connect and interact with.

For me, connecting with the story usually begins with my understanding, or rather, my complete knowledge of the characters I am writing. Particularly my protagonist(s) and my antagonist(s). Looking back on it, I feel that the bulk of the difficulty that Tyler and I had with seeing eye-to-eye on the script was due to my blind adherence to using The Hero’s Journey as my starting point. I filled in the archetypes with bodies, but didn’t put my normal level of attention on the “people” who were to inhabit those archetypes. It was new to me, and I let it run the show instead of doing what I knew to be the correct thing to do: focus on character.

Fortunately, it was not a mistake that I made entirely throughout the script. I had given a lot of thought to one character from the beginning, because without him there would be no movie: Bigfoot (the titular Grassman of our film). I took the job of writing a Bigfoot very seriously. As Tyler mentioned in his last post on the genre of Bigfoot movies, there are a lot of these types of films these days where the Bigfoot is simply a raging asshole, a generic monster in a part that could have been filled by any creature pulled from your 1st Edition Advanced Dungeons & Dragons Monster Manual. (You have that, right?)

Don’t get me wrong, I enjoy watching many of those kind of monster flicks.  But early on, I decided that I didn’t simply want to write a mindless, generic monster. I may be a skeptic, but I’m the kind of skeptic that wants to believe. I want there to be a Bigfoot, I want to see a ghost, I want to be abducted by aliens (probing is negotiable). So, if I was going to write a Bigfoot story, I wanted to write about a real Bigfoot.

My basic approach was to combine Bigfoot activity as reported in documented sightings, as well as legends, and combine that activity with known animal behavior. I wanted to ensure that I didn’t just throw things in the script because they were “bigfooty” but also because they were behaviors common in other animal species. And since we’re dealing with a cryptid, I could also make some assumptions based on others work on the subject about the intelligence of a Bigfoot.

These things combined to allow me to do the same thing I would do for a human antagonist: figure out what he wants, as an intelligent animal with needs, as a character. And, armed with that answer, I was able to step into the size 26 shoes of that character and provide a rational, reason for every move it takes. Everything it does has some thought behind it which is tied to that central question of “What do I (Bigfoot) want?”

So, when the time came to do rewrites, the character of Bigfoot remained the same throughout. When we stumbled across a groups of characters and a story that connected, it was in large part because those characters and story connected with the existing motivations of our antagonist. The pieces seemed to fall right into the place, as if they were always meant to be that way, providing a dimension and purpose to all of them that was missing before. A common thread, a theme, which wasn’t forced, wasn’t the result of using another film as the model to work from, appeared which gave the whole script a feeling of legitimacy.

I hadn’t just written another mindless monster movie, a man vs the supernatural story. It was about people encountering and animal on its own turf, reacting to that, and facing the consequences of those decisions, man vs nature and man vs himself. To me, that’s a much more interesting world to explore as a writer and filmmaker.

Before you think me too full of myself, don’t get me wrong. I know I didn’t write Citizen Kane, or Casablanca. I wrote a Bigfoot movie. I don’t even think I wrote the Casablanca of Bigfoot films.  But, if ever there was a Once Upon a Time in Mexico of Bigfoot movies, this is it. Just wait and see. You’re gonna have a blast.

3 responses to “Writing Character: Getting into the mind of Bigfoot”